To the Edge by Meghan Genge

“I don’t think most people go to the edge of anything.” – Caroline Myss 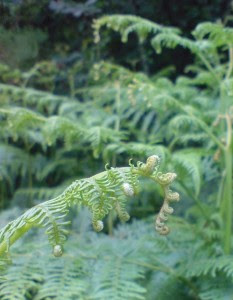 A little while ago I accidentally went alone to an Enchanted Palace. When I set off in the morning on a solitary adventure, I had no idea that it would take a fairy tale to wake this sleeping beauty.

I have often been told that my expectations are too high. When your expectations are too high you are inevitably disappointed when the reality does not live up to them. Arriving at the palace on this day, however, I had no expectations. I had made the decision to spend the day following whispers and as I got on the tube at Paddington Station, I noticed the poster for the exhibition at Kensington Palace. As a poster counts as a whisper, that’s where I decided to go next.

The exhibition was absolutely charming, but all I could think as I wandered through the rooms was that I wanted more. Bigger, more magical, more whimsical, more intriguing possibilities filled my imagination. They had given me a fairy tale, but I wanted to add fairy dust. I wanted to emerge from the other side with twigs in my hair and feet sore from dancing, with a whiff of spices tangled in my clothes and a faraway look in my eye.

Standing in the park afterwards I realized that it’s not that my expectations are too high, it’s that my perception of the possibilities is enormous. There, beside a lake in London, the ‘aha’ hit me: however big my belief in shining possibilities, there is the necessary knowledge of dark ones. One thrills and the other frightens, so I have spent much of my adult life wishing for one but preparing instead for the other and ending up somewhere in the middle. I have tried to want less fairy dust, but instead of being happier I ended up with cobwebs.

Blinders slipping, feet planted, hair tangled, I am getting closer and closer to the edge. I can feel it coming. Dreams and possibilities have been showing themselves to me bit by bit, and I know things are changing. I am no longer afraid of disappointment because I know that I am a grown up and that the magic is in my control. I am no longer interested in becoming a princess or living happily ever after: I want more.