Too smart for your own good? When all else fails, it might be time for a miracle by Aimee Cavenecia 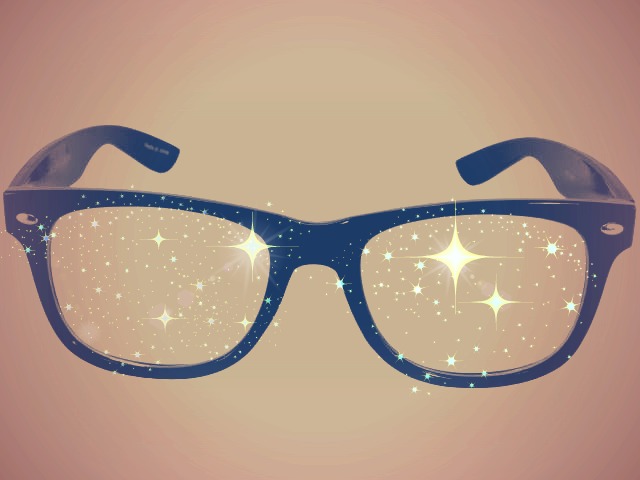 There are so many people, that are so smart, so knowledgeable about what is going on in the world (or other important topics); but at the same time, they have allowed their brilliant mind to paint them in a corner. They fully acknowledge the power of knowledge, but they have completely forgotten the power of a miracle.


"Everything is a miracle. It is a miracle that one does not dissolve in one's bath like a lump of sugar."
- Pablo Picasso

We could say that religion diluted & twisted the use of the word miracle, to use it to their benefit. Most religions paint a picture that miracles happens through God (a god they labeled & created), or through their religion, or through some dogmatic concept. As a result, many people lump miracles in with religion and think that both religion & miracles have little to no merit. Some scientists have also influenced people's view of the word miracle, they have trivialized it or view it as hogwash. For them, because they can't fully comprehend it and because it can't be repeated over & over & over (and predicted), it simply doesn't exist. How many things have happened for you that you couldn't fully understand, or that you couldn't repeat or predict? I find that life is full of unexplainable & unpredictable situations & things. Life itself is a great example. "Why are we here?" seems to be an unanswerable question, even for the brightest mind.

I think that the best way to form an opinion about something is to get to know it personally. To meet it in life, to experience it firsthand. Not by writings or findings by others, not by data or theories or tradition, but to see it with your own eyes, or feel it through your own body. For it to happen to you, while you are fully aware.

When I look at my life, I can see so many miracles. Things that happened that seemed impossible initially. Things I couldn't predict or create. Things that I or others said "no way" -- that later happened with ease. No crazy work or insane pushing & pulling to cause massive change or to make something happen, just a steady flow in the right direction. Sometimes that flow starts with small consistent steps, sometimes that flow happens by simply getting out of the way (which usually means, getting your mind out of the way). In either case, without us dominating or manipulating a situation -- things happen. Incredible things.


“Everything is determined, the beginning as well as the end, by forces over which we have no control."
- Albert Einstein

I personally think that in years to come (maybe many, but eventually) people will fully embrace miracles. They will be able to tune into them and work with life's flow & power. This is a quote from Why Science Can't Accept Miracles (Even if They Really Exist): "Since earliest times, people had regarded lightning as supernatural. Benjamin Franklin showed that lightning was electricity and furthermore devised a way to control it. For the first time, a phenomenon went from supernatural, not just to natural, but to something controllable by humans."

It does take a certain amount of awareness to experience or acknowledge miracles. Being on autopilot, being distracted or constantly busy, feeling your life only happens according to the 'facts' you learned in school, thinking that you always have bad luck, and great things or easy solutions only happen to other people, living from a place of preoccupation with fear or cynicism -- all of those will bring down your level of awareness, and will cloud or dull your abilities to see/feel/hear in subtle, yet very powerful ways. Also, instead of experiencing the depth of a multidimensional existence or multidimensional reality, you might dwell in a boxed-in one-dimensional mindset, which creates your sense of reality and limits you. Like the Henry Ford quote: "Whether you think you can, or you think you can't -- you're right."

I've met many people that say they have no idea how to follow their intuition or to listen to their gut. I've also encountered people that question why adverse things happen to them over & over again. I think both challenges have to do with a level of awareness. Being still & going deeper, practicing more expansive hearing/seeing/feeling, learning to make space for subtle sounds & clues to be acknowledged -- all are very important. When subtle feelings or clues go unnoticed or unheard for too long, they can turn into something very dangerous & alarming. Often, health scares were present as subtle clues before they turn into life threatening situations that can take over one's life, or take one's life altogether! The same goes for relationships. Minor problems unacknowledged (unheard/unseen) early on, turn into major unavoidable problems that can take a lifetime to fix, or can end relationships forever.


"No problem can be solved from the same level of consciousness that created it. "
- Albert Einstein

The state of our planet is another example. Our level of awareness was (and still is) minimal. We didn't see/hear/feel what we were doing to ourselves or to the planet early on. The result is, eventually it will be alarming (it is already in many ways.) It will change our lives drastically and take a lifetime to fix, or ...we'll just be wiped out eventually. Humanity will be a thing of the past, as the planet goes on and heals itself without us. But if we were more subtle, more sensitive, more aware, more observant early on, in the early stages, we might have changed the way we were being to avoid the mess that we are in now. But then again, it takes a certain level of awareness. And again, miracles could happen at the very-very last minute to our benefit. But one never knows.


"We are the miracle of force & matter making itself over into imagination & will. Incredible. The Life Force experimenting with forms. You for one. Me for another. The Universe has shouted itself alive. We are one of the shouts."
- Ray Bradbury

I don't recommend waiting for miracles, and I don't recommend dismissing them either. A healthy sense of balance between the subtle & unsubtle is all I think it takes for one to live powerfully. (It's like being a perfect balance of spirit & form.) I think taking action (small steps consistently) and living with a sense gratitude for everything, is very helpful & very transformational. As well as, practicing being still. Slowing down (the body & mind, this includes all fears). Making & taking time to just be. Practicing hearing/seeing/feeling, learning to make space for subtle sounds & clues. All that I mentioned are excellent ways we can raise our level of awareness. Our culture is so dominated with loud sounds, constant movie watching, video game playing, TV viewing, as well as, shopping, eating, socializing & working in excess -- that one rarely has a chance to get still or just be. To be quiet and to listen not only to the subtle sensations that are there, but to the clues, answers, or gifts that are being given everyday.

We can sometimes be so preoccupied, so programed, so afraid, so hasty, that we can simply gloss-over everything -- even our own life. Including all of the once-in-a-life-time opportunities that come with it. We are living in a very interesting time. Things seems to be happening faster than ever. And as a result, I believe that people are learning & adapting faster. I'm very excited about all of it. If there was any time to think that miracles exist, now would be a good one. If there was any time to get humble and 'tune in' to the existing power of that which can't be predicted or explained, now is a good time. But regardless, one can always benefit from a bit of unlearning. Abandoning old pattens that no longer serve one's life, as well as moving from a heavy way of thinking & being, to a lighter more refreshing one. Being open & flexible not only feels good, but it can make space for amazing things to happen -- inside & out. Enjoy how expansive your mind & your life can be. Try it, and see what happens.

Aimee Cavenecia (also known as AimeeLovesYou) is an author & activist who is currently igniting a Bliss & Self-Mastery revolution through her weekly blog Sunday Is For Lovers. Aimee's life-work is to share her insights on Seeing, Loving & Being (SLB), as well teaching meditation to people globally via the internet.
Posted by CDJ Guest Editor at 02:00